When bending pipes (click to read more), there are a lot of different factors you need to consider in order to do the job as well as possible. You need to make sure you're experienced enough to do a good job, that you have all the appropriate gear, and that you're using the right method for the bending at hand. There are many types of bending, but the simplest way of dividing the different categories is by parting it into hot and cold bending. There are many different methods included in these categories, but for your company to make the right decision on what type you want there are a few things you should know.

Cold bending is referring to all types of bending that does not use any added heat to bend the pipes. The procedure is usually performed by wrapping a pipe or other material around a die or shape that causes the pipe to bend. The procedure is rather fast and even more so as it doesn't need to cool down or be taken care of in any particular way after the bending has been performed. As the machines used for cold bending aren't very expensive in general, due to not being particularly complex or advanced, cold bending can be a good option for smaller companies that doesn't have a large budget. It can also be a good method for companies that aren't specialised in bending but only needs to perform it every once in a while. The negative aspect of all types of cold bending is that it's not possible to bend to radically. In most instances, you will have to fill the machine with filler material, like sand, for the pipe not to crease or break due to a radical angle.

Hot bending is generally only referring to different types of induction bending. Induction bending is a highly effective way of pipe bending, as it is fast, precise, and with few errors. The induction bending process is performed by heating a certain point of the pipe up where it then can be bent without much effort. It doesn't require any filler material and the result of the bending tends to keep distortion to a minimum. Many induction benders have also chosen this type of bending because of its energy sufficiency. After the heating process has been done, the bending doesn't take a lot of time at all. The negative aspects of hot bending can be that the material does have to cool off afterwards, adding to the time spent on each pipe and that the machines tend to be more expensive than cold bending appliances. 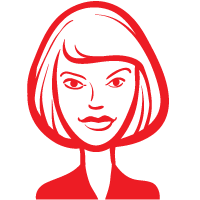 If you are interested in learning about garages, you have come to the right place. Hello and welcome to my blog. My name is Kat, and after my husband and I bought a few acres, we built our own home and two garages. We work, fix our cars and store our favourite possessions in our garages, and I made sure that we selected the very best garages for our needs. I want to help other people who are the midst of selecting a new garage, and these blog posts are my attempt to do that. If you enjoy my posts, please share them, and thank you for reading!